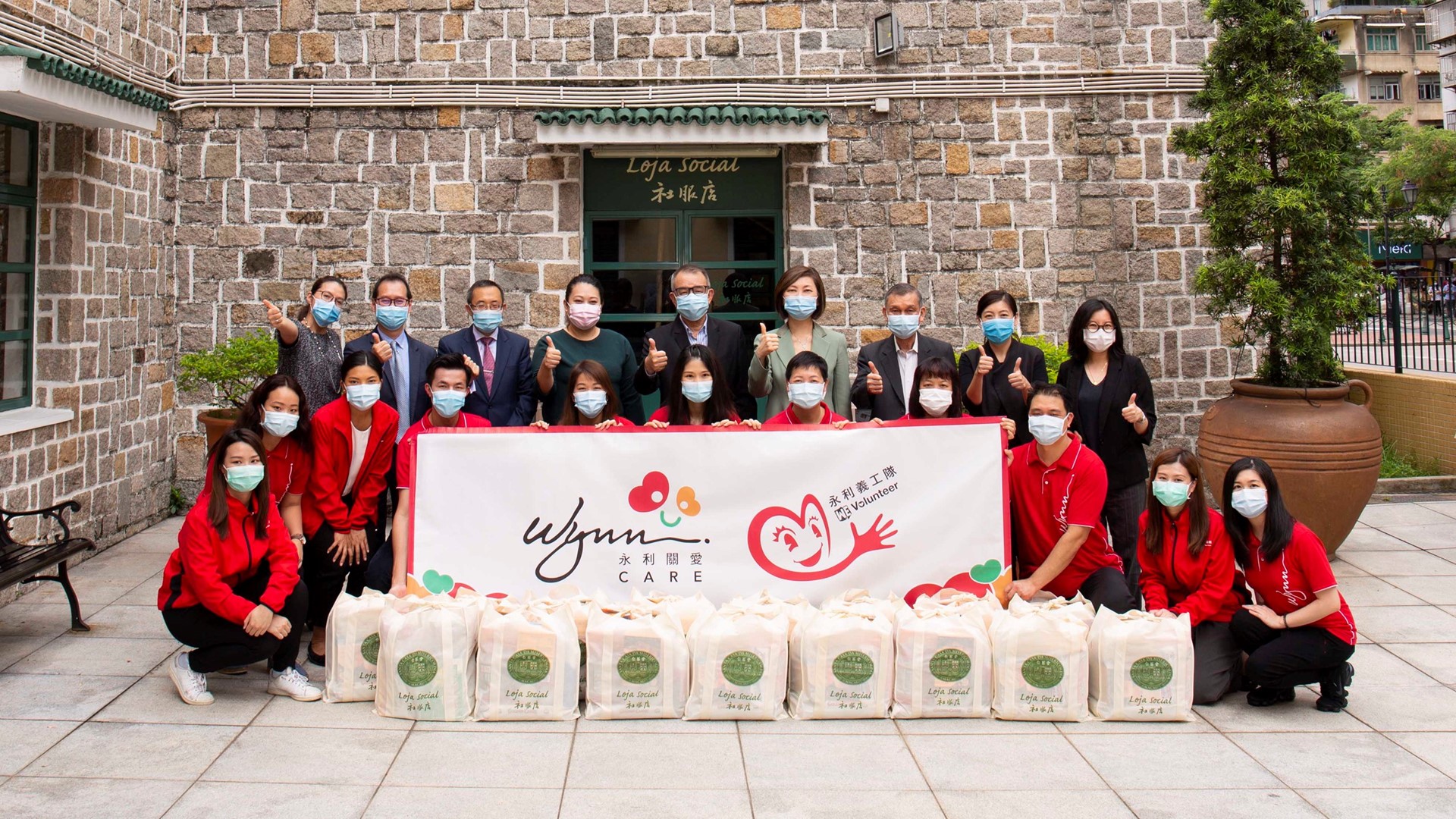 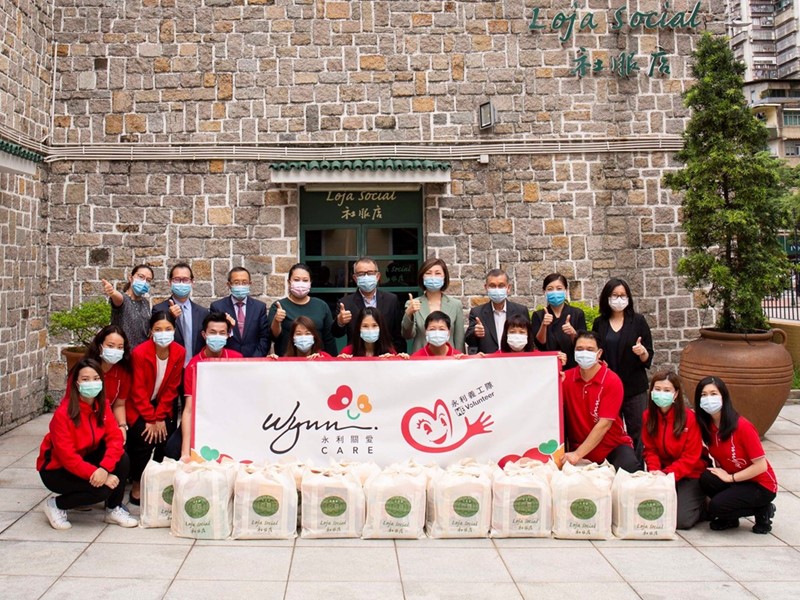 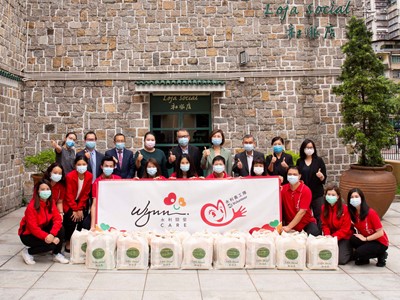 Macau, June 17, 2020 – In order to uphold the spirit of corporate philanthropy and caring for society, Wynn has been continually contributing to the development of the Macau community. On June 16, Wynn made a donation of MOP300,000 to this year’s Welfare Shop Project of Macau Holy House of Mercy (SCMM), and financed the distribution of food hampers to 365 underprivileged families. This marks Wynn’s eighth consecutive year of support for the SCMM Welfare Shop Project.
Ms. Linda Chen, Vice Chairman and Executive Director of Wynn Macau, Limited, presented the cheque for the MOP300,000 donation to Mr. António José de Freitas, President of the Board of Trustees of SCMM. The ceremony was also graced by Ms. Gisela Nunes, Secretary General of SCMM; Ms. Chio Lan Ieng, Vice-President of the Board of Directors of Macau Federation of Trade Unions (FAOM); Mr. Io Hong Meng, President of the Supervisory Committee of General Union of Neighborhood Associations of Macau (UGAMM); Mr. Thomas Lau, Vice President of Human Resources of Wynn Macau; Ms. Jasmine Cheong, Ms. Amy Choi and Mr. Raymond Lei, Executive Directors of Community and Government Relations of Wynn Macau and Wynn Palace.
Wynn has always upheld its mission of giving back to society, remaining committed to participating in and sponsoring local social affairs and community activities in order to spread love and care to the underprivileged. This year, the donation made by Wynn will be used to finance the distribution of food hampers to the beneficiary families, containing basic food and daily necessities, in the hope of easing the pressures they face in daily life. Wynn also gave supermarket vouchers valued at MOP100 to each household.
The SCMM Welfare Shop project was launched in 2013 with the aim of assisting underprivileged families by providing them with short-term food support to alleviate the financial burdens caused by inflation and increased cost of living. Wynn has donated an accumulated total of MOP2,300,000 since the founding of the project to support the operation of the Shop, in order to benefit more people in need in the community.