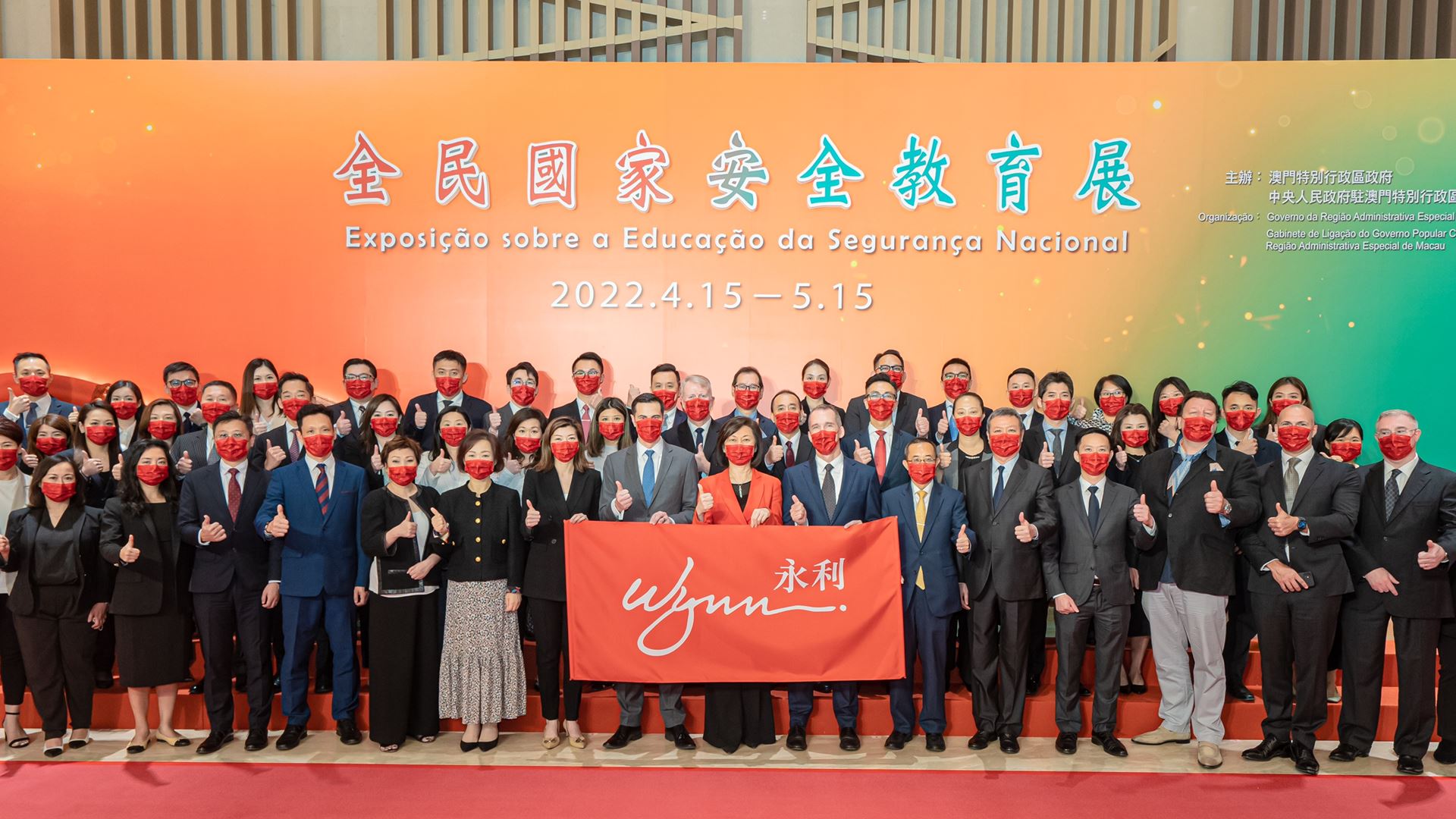 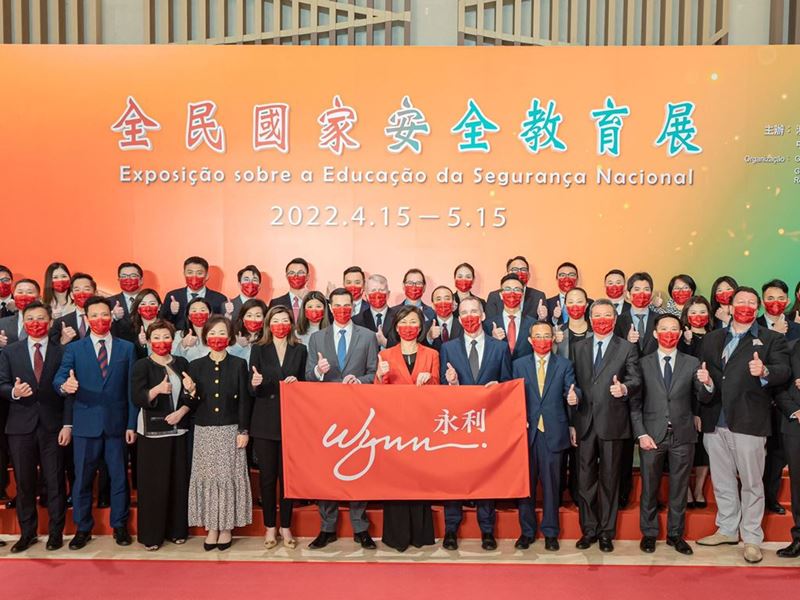 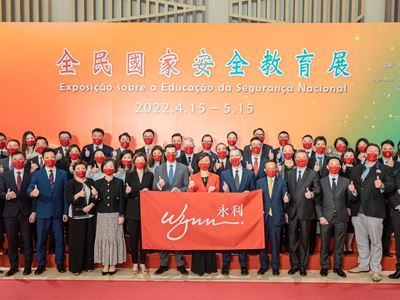 Macau, April 15, 2022 – To support the Macao SAR government's efforts to promote national security education and to deepen the understanding of national security among Wynn team members, Ms. Linda Chen, Vice Chairman and Executive Director of Wynn Macau, Limited, led a group of 50 members of the management team to visit the "National Security Education Exhibition" on its opening day.

Wynn has participated in the "National Security Education Exhibition" for four consecutive years since 2019, enabling team members to gain comprehensive knowledge about national security as well as its importance to the country, the Macao SAR government and all members of society. This helps to further safeguard national security and Macao's prosperity and stability. The exhibition is divided into six parts, featuring pictures supplemented by text descriptions and videos, which demonstrate that under the guidance of the overall national security strategy, the country has coordinated its development and security, calmly responded to the changes of this century and the global pandemic, and promoted a series of great achievements in national security in the new era. In addition, it also illustrates the various measures and achievements of the SAR government in safeguarding national security and fostering the steady progress of the implementation of "One Country, Two Systems".

The "National Security Education Day", which aims to raise Macao residents' awareness on national security, takes place on April 15 each year. Jointly organized by the Macao SAR Government and the Liaison Office of the Central People's Government in the Macao SAR, the exhibition is free and open to the public from April 15 to May 15 this year at the Complex of Commerce and Trade Co-operation Platform for China and Portuguese-speaking Countries.