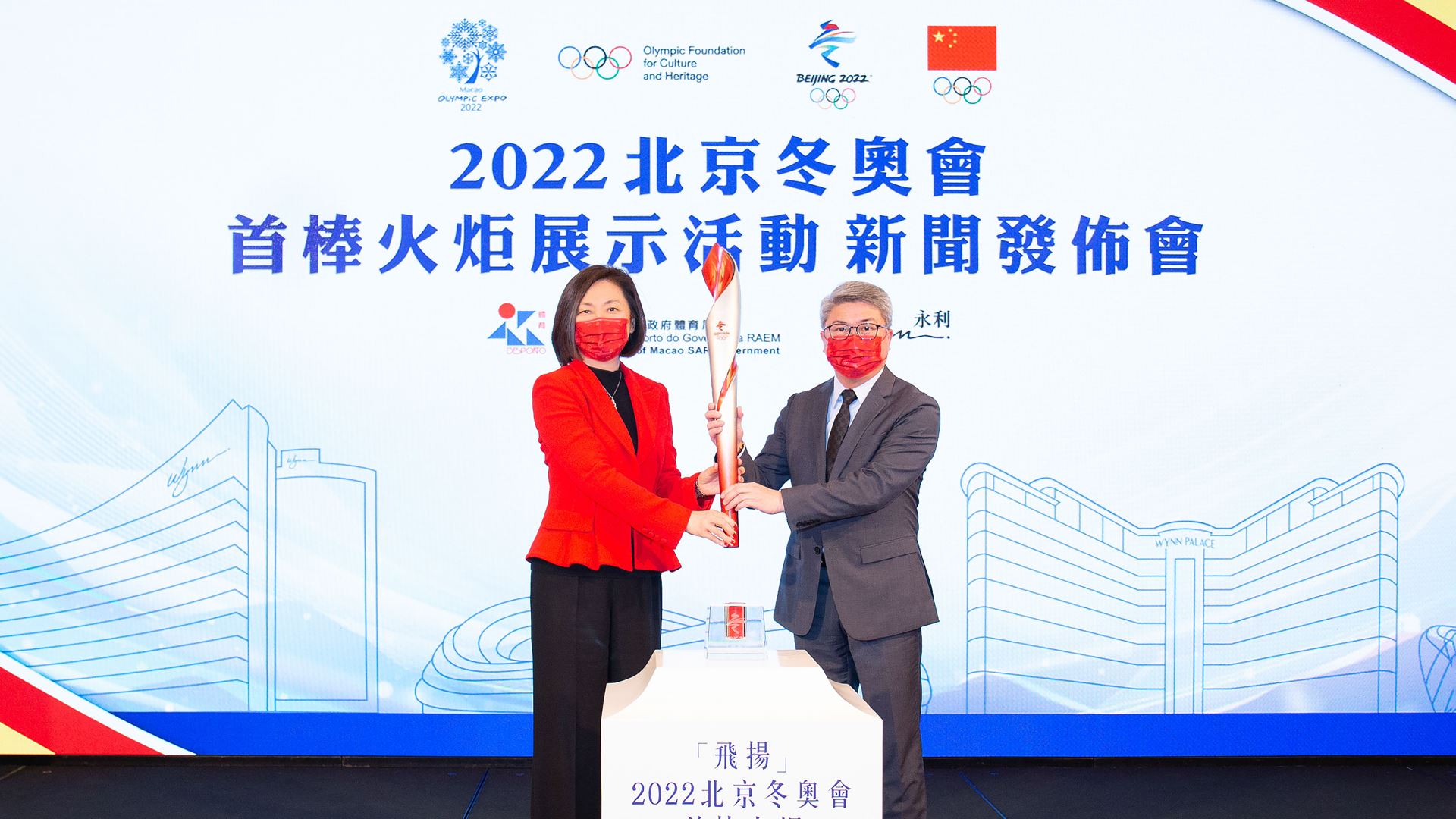 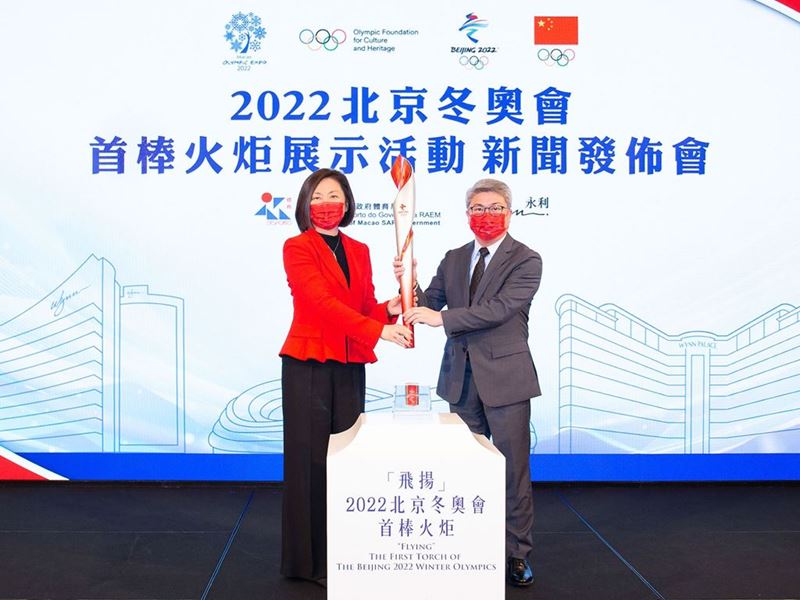 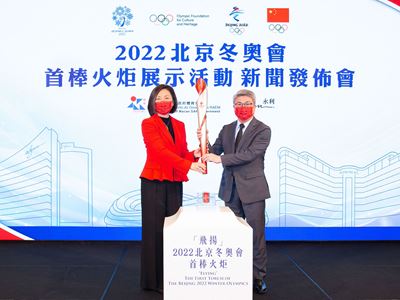 Macau, February 9, 2022 – The successful opening ceremony of the 24th edition of the Beijing 2022 Olympic Winter Games – with the Olympic flame lit once again in the city following the Beijing 2008 Olympic Games – has marked a significant new milestone in the development of sports in China. To promote the shared spirit of sportsmanship and the Winter Olympics to the Macau community, Wynn is honored to welcome the first torch of the Beijing 2022 Olympic Winter Games, named "Flying", which will be exhibited in the lobby of Wynn Macau from February 9 to 20, 2022. This is the first such official exhibition nationwide and the inaugural event in a series of activities taking place in Macau this year for the "Olympic Expo".

A press conference regarding the "Exhibition of The First Torch of The Beijing 2022 Olympic Winter Games" was held this morning (February 9) at Wynn Macau to kick off the exhibition. Participating guests included Mr. Pun Weng Kun, President of Macao Sports Bureau, Mr. Yin Rutao, Deputy Director General of the Department of Publicity and Culture at the Liaison Office of the Central People's Government in the MSAR, Ms. Linda Chen, President and Executive Director of Wynn Resorts (Macau) S.A., and Mr. Lou Kit Long, CEO of StarMac Entertainment & Production Ltd.

During her welcome speech, Linda Chen said that the torch named "Flying" is an important symbol that embodies the concept of the Beijing Winter Olympics and Chinese culture, as well as being a concentrated expression of the vision and spirit of the Beijing 2022 Olympic Winter Games. In order to better convey the meaning behind the torch and the sportsmanship of this year's Winter Olympics, Wynn will exhibit this extraordinarily meaningful torch in the lobby of Wynn Macau for 12 consecutive days, starting today. It is hoped that by enabling the people of Macau and the wider family of the motherland to share in the achievements of the Beijing 2022 Olympic Winter Games, they can experience the charisma and glory of the Olympics.

Mr. Yu Zaiqing, Vice President of the International Olympic Committee and Vice President of the Beijing Organizing Committee for the 2022 Olympic Winter Games, expressed his heartfelt congratulations for the exhibition of the first torch of the Beijing Winter Olympics in Macau. He said that the torch, named "Flying", is a significant symbol of this year's Winter Games, reflecting the integration of Chinese culture with the modern Olympic spirit, and a source of pride for all Chinese people. This will greatly enhance Macau residents' enthusiasm for the Beijing Winter Olympics, while at the same time mark the first step in the journey of the "Olympic Expo" to Macau in spring this year.

The flame lighting ceremony for the Beijing 2022 Olympic Winter Games was held at the historic site of the ancient Olympic Games. The flame was then carried to Beijing by the first Chinese torchbearer for the Beijing 2022 Winter Olympic Torch Relay Li Jiajun, one of China's best short track speed skaters and the first Chinese male athlete to win a medal at the Winter Olympics. The journey is extraordinarily significant as it conveys the continuation of the Olympic spirit. The spiral torch is named "Flying", with its red and silver coloring acting as metaphors for fire and ice, flying with passion to illuminate the ice and snow, and warm the world. It also symbolizes exchange and mutual learning between civilizations and the Olympic vision uniting the world in solidarity.