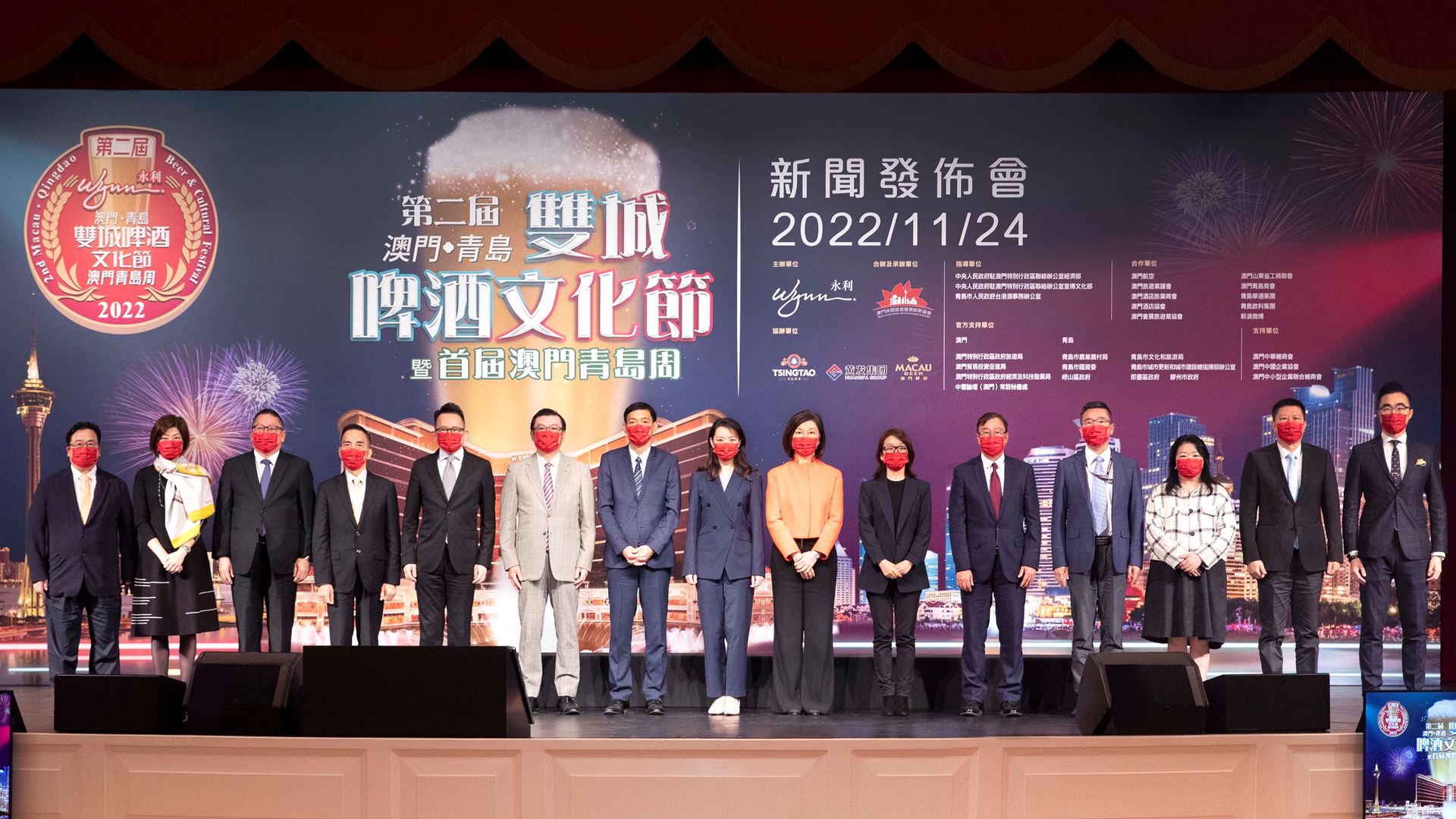 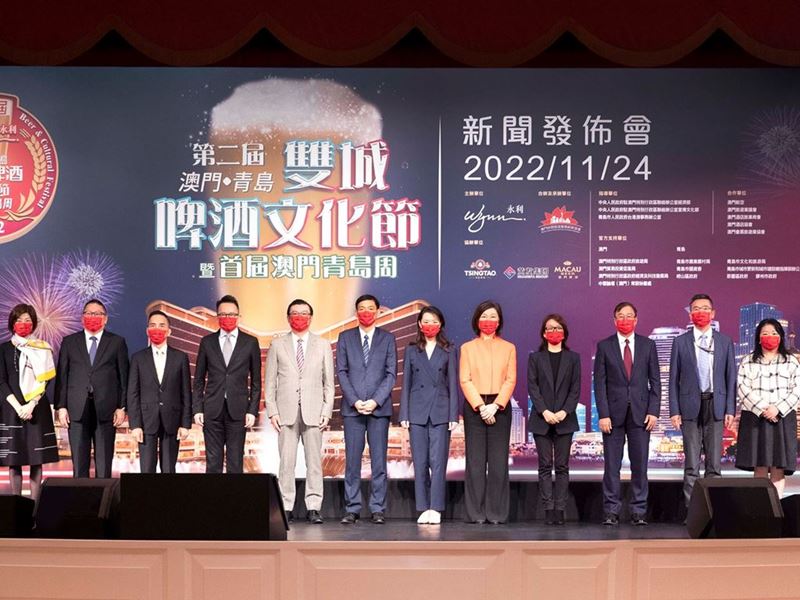 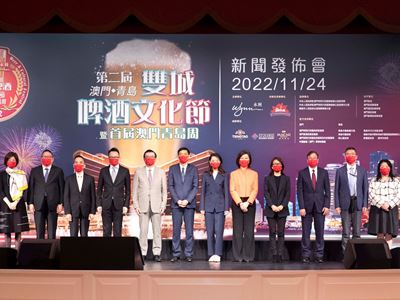 Macau, November 24, 2022 – As a mega-scale integrated enterprise with deep roots in Macau, Wynn has strived to push for various exchanges and cooperations between Macau and mainland China. To further deepen the cooperation between Qingdao and Macau in the areas of culture, tourism and trade, and to support Macau's diversified economic development, the company will hold the "The 2nd Macau-Qingdao Beer & Cultural Festival and the 1st Macau-Qingdao Week" at the lawn adjacent to Wynn Palace South Entrance between December 7 and December 31 opening from 6pm to 12am. The event's press conference was hosted today at the Grand Ballroom of Wynn Macau, organized by Wynn Resorts (Macau) S.A. and co-hosted and implemented by the Macau Leisure Tourism Services Innovation Association with Tsingtao Brewery Company Limited, Qingdao Huangdao Development (Group) Company Limited and Macau Beer Company Limited as the co-organizers.

Ms. Linda Chen said: "Qingdao and Macau have enjoyed a close and enduring relationship. They enjoy the same synergies in terms of urban resources and tourism. This time we use 'beer' as the medium, joining hands for the first time with Qingdao to host 'Macau-Qingdao Week' to promote the development of twin-city cultural tourism and commercial exchanges. At the same time, we engage enterprises in both places to explore product opportunities and business partnerships in Qingdao and Portuguese-speaking countries, promoting Macau as the service platform for economic and trade cooperation between mainland China and Portuguese-speaking countries."

"With our own advantages, Wynn will fully support the SAR government's 'Tourism+' policy with a view to turning the 'Macau-Qingdao Beer & Cultural Festival' and the 'Macau-Qingdao Week' into landmark tourism events for better steering Macau's economy towards diversification."

Introducing the event, Mr. Paul Wong said "The 1st Macau-Qingdao Week" was led by the Office of Taiwan, Hong Kong and Macao Affairs of the Qingdao Municipal People's Government, with close to 20 Qingdao government departments and enterprises being the supporting and cooperating entities of the event. More than 20 Qingdao brand enterprises or conglomerates, as well as famous agricultural enterprises, will take part in the event. Wynn Palace will also hold an exchange seminar for enterprises from Qingdao, Macau and Portuguese-speaking countries on December 7, further deepening Macau's advantages as a service platform for commercial cooperation between mainland China and Portuguese-speaking countries. This will further strengthen the exchanges and collaboration between Qingdao and Macau in the areas of bilateral trade, culture, tourism and agriculture.

He said during the "The 2nd Macau-Qingdao Beer & Cultural Festival and the 1st Macau-Qingdao Week" from December 7 to December 11, there would be an exhibition zone displaying Qingdao featured products to promote Qingdao's famous agricultural products, culinary delicacies, cultural and creative products as well as intangible cultural heritage handicrafts, etc. Qingdao artisans will be invited to perform intangible cultural heritage craftsmanship such as sugar painting, paper cutting and ceramic production. The event will deepen the understanding of Macau residents and visitors about Qingdao and facilitate the exchanges between the two places.

This year's beer and cultural festival will highlight Tsingtao Beer, Macau Beer and Portuguese beer, including the "7 Days' Fresh" Tsingtao Original Beer flown fresh from Qingdao and the global debut of "Tsingtao Lemon 0.0" in Macau. The event will feature a large-scale beer hall that showcases a selection of brews and products, and an array of gourmet cuisine, performances, tourism promotion, as well as cultural and creative exhibitions.

In addition, the festival will include "Family Fun Special" sessions and Macao Tourism Mascot "MAK MAK" will be featured in the Mega Fun Carnival 2022 at the same place, featuring an inflatable playground which models on the Ruins of Saint Paul's, a 4-metre high gashapon machine installation designed after Macau's famous attraction – Guia Lighthouse, a wild camping zone, workshops and game booths. Macau's residents and visitors can enjoy a unique parenting experience that combines tourism, gourmet cuisine, culture and events.

Meanwhile, to render support for "Light Up Macao 2022" organized by the Macao Government Tourism Office, Wynn will put in place lighting installations at its two resorts. Wynn Macau will feature a large illuminated lotus and a dazzling gem-adorned promenade while Wynn Palace will draw inspiration from fields of golden wheat and Christmas lights.

Admission tickets will be available for sale starting from 10:00 am on November 25, 2022