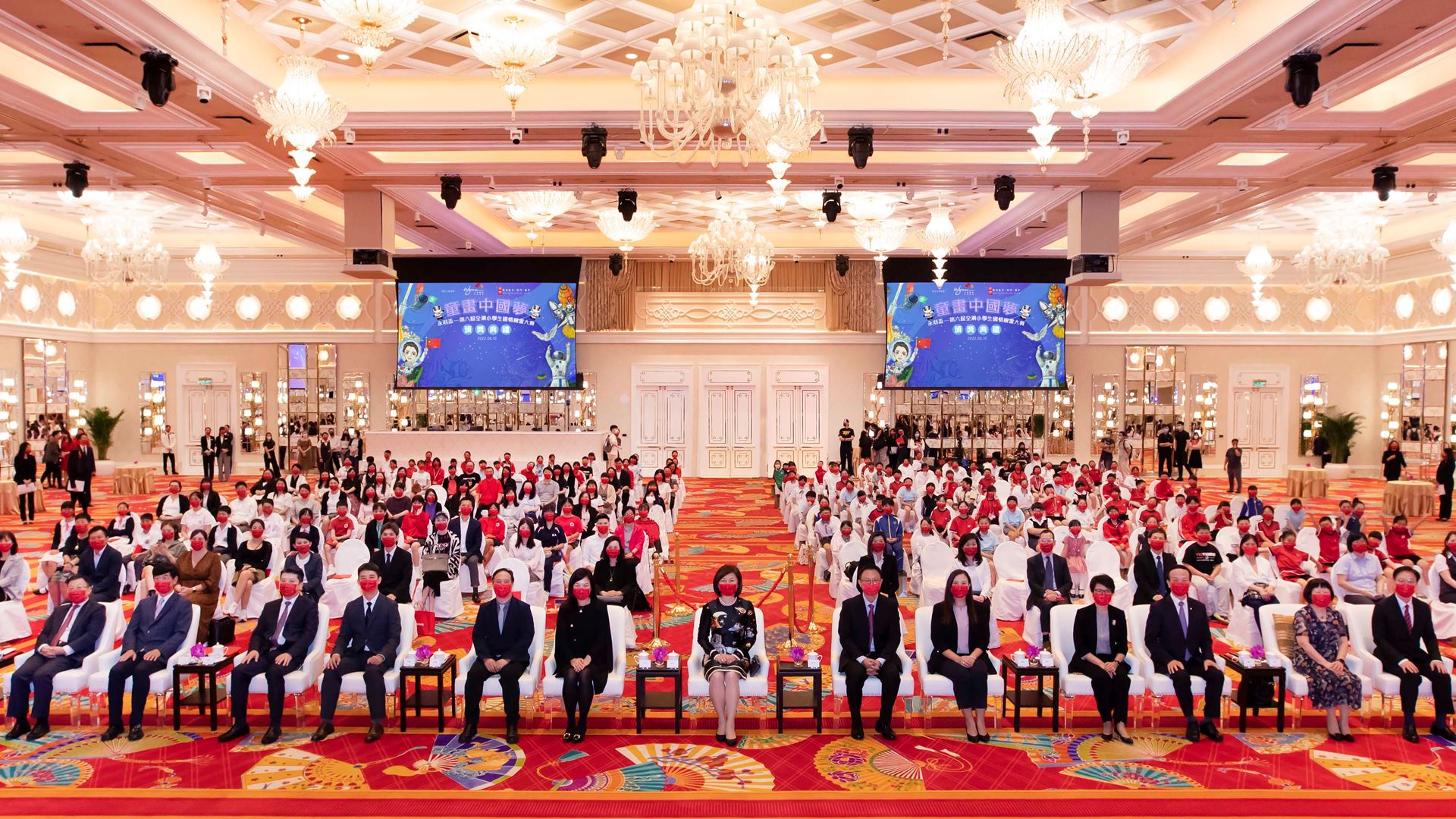 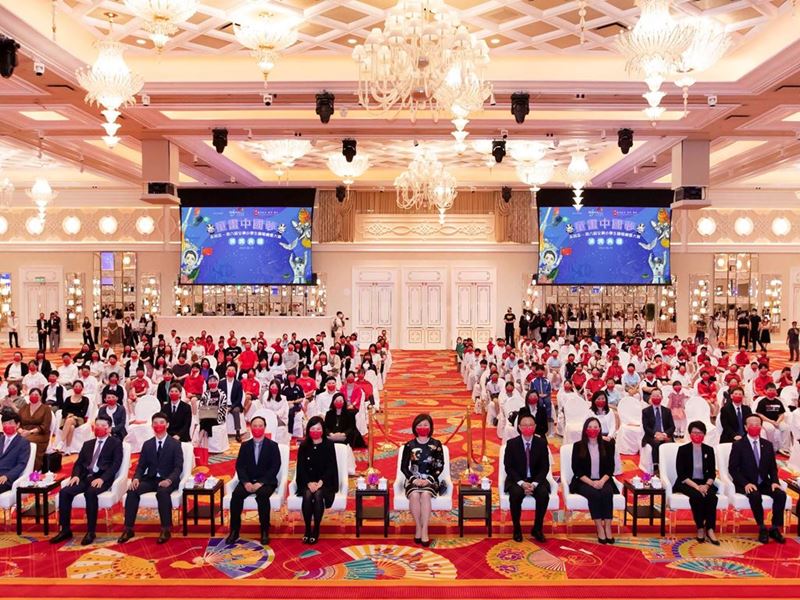 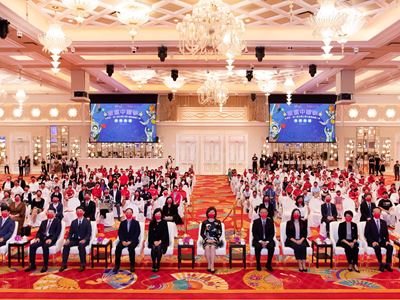 A celebration of youth, art and China's space innovation

The theme for this year's competition, "My Art · My Space Dream," was chosen with the goal of inspiring Macao students to illustrate their visions and hopes for the future of space science and technology and to celebrate China's rise as a new space power, as a way to encourage them to gain a deeper appreciation of the country's space heritage and continuous space exploration. An environmental protection-themed creative design contest was also held as a newly added extension to the event, which contributed to its fun and multidimensional format and helped it reach wide audiences. The competition attracted the participation of approximately 10,000 primary school students from 52 local schools.

Linda Chen, Vice Chairman and Executive Director of Wynn Macau, Limited, and Chairman of Wynn Care Foundation, delivered a speech at the ceremony. "As a stalwart of Macao's tourism and hospitality industries, Wynn is keenly aware of its social responsibilities and has been a firm supporter of national education for Macao's youth," she said. "Therefore, we launched the Wynn Cup – Macau Primary School Student National Education Drawing Competition in 2016 with the hopes to strengthen their understanding of China, to cultivate in them a sense of belonging and pride, and ultimately to foster a new generation of young people who have a love and appreciation for the city, the country and the arts. Over the past six years, close to 60,000 pupils have participated in the event, and we are proud to have created a platform for the children to showcase their artistic talent and experience the joy of art. With the theme 'My Art · My Space Dream,' the 2022 edition was designed to encourage students to express their understanding of and hopes for China's space achievements and ambitions, and to promote the spirit of scientific exploration and innovation. The event received generous support from various sectors and organizations in Macao, for which we are greatly thankful for."

The sixth Wynn Cup – Macau Primary School Student National Education Drawing Competition was successfully held with nearly 10,000 submissions. The number of participating schools reached a record-breaking 52, representing 70 percent of all schools in Macao. This year, the competition featured a new award category — Campus Environmental, Cultural and Creative Designs, which gave out a series of awards including First Prize, Second Prize, Third Prize, Most Creative, Best Application and Most Environmental Friendly. Meanwhile, nearly 1,500 pupils and teachers were recognized in the main competition. In the Groups category, there were one Champion, two First Prizes, three Second Prizes, one Best Online Group Popularity award, four Third Prizes and 18 Merit awards. The Individuals category had two Champions, 18 First Prizes, 40 Second Prizes, 50 Best Prizes, 120 Third Prizes and over 1,100 Merit award-winners. In addition, 46 teachers won the Gold Guiding Teacher award while another 26 won the Silver Guiding Teacher award. A selection of 258 drawings will be displayed for three consecutive days at the Art Center at Wynn Palace from June 10 to 12. The exhibition will showcase the creativity and artistry of Macao children as well as their thoughts and feelings about their country.

During the awards ceremony, a fashion show titled "Space Odyssey" was presented by Wynn in partnership with the Macau Productivity and Technology Transfer Center, where local designers showcased a variety of space-themed parent-child fashion—complimentary outfits for the whole family. In addition, a play staged by students from the Premier School Affiliated to Hou Kong Middle School added to the youthful and vibrant atmosphere of the event.

The conclusion of the awards ceremony also signals that the seventh edition of the competition has officially kicked off. Traditional Chinese holidays are a vital carrier of Chinese culture and heritage. Through the celebration of them, we gain a better grasp of our cultural legacy and traditional values and an appreciation for the roles that we can play in their conversation. In response to the MSAR Government's call to develop the city into "a hub of exchange and cooperation where traditional Chinese culture prevails and a diversity of cultures flourish in harmony," the theme for the next Wynn Cup – Macau Primary School Student National Education Drawing Competition will be "An Ode to Chinese Wisdom and Heritage: Solar Terms and Traditional Holidays." Students are invited to create original drawings that depict the observation and celebration of traditional holidays and the 24 solar terms, and to convey the essence and teachings of traditional Chinese culture through the power of art.