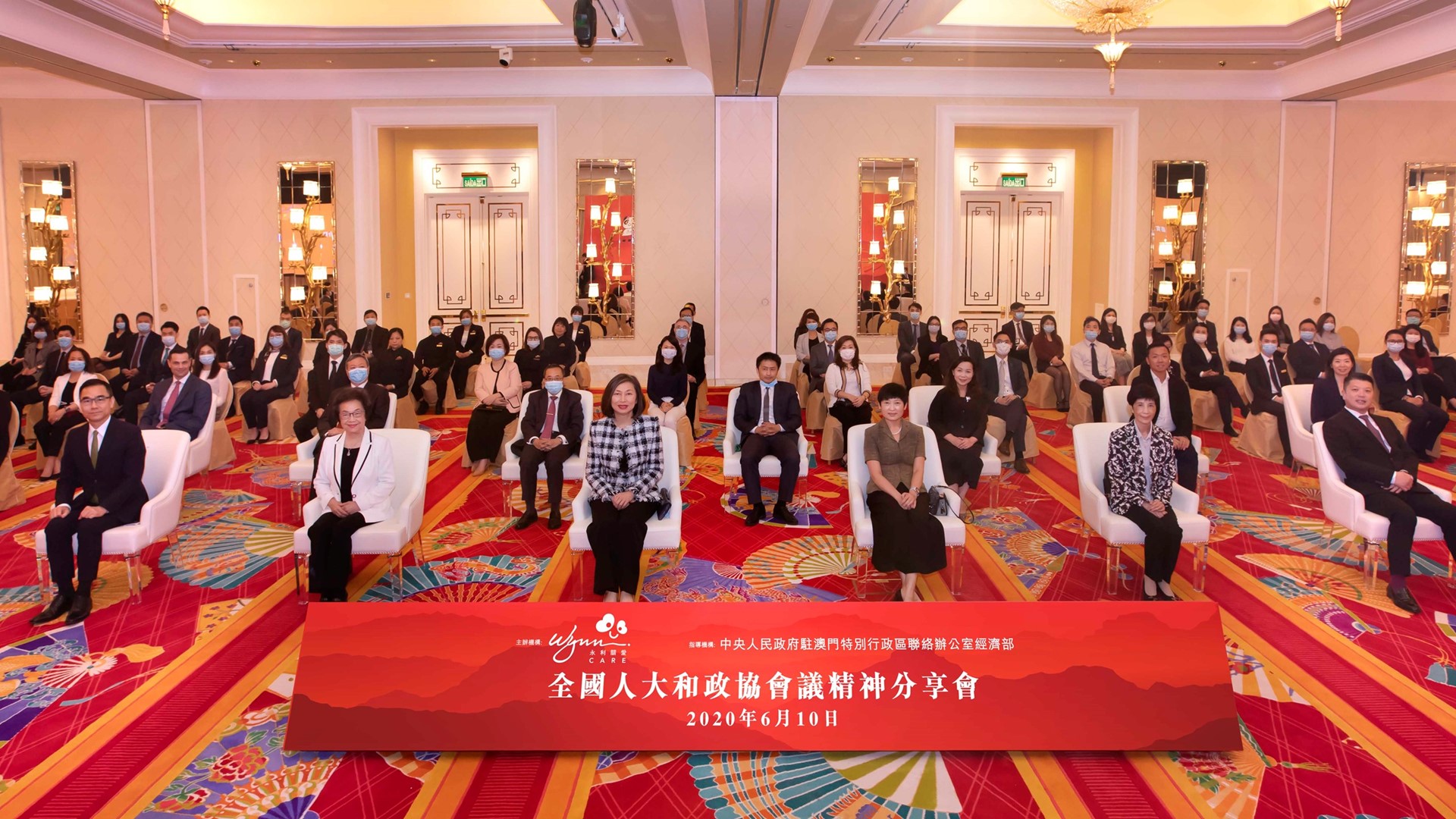 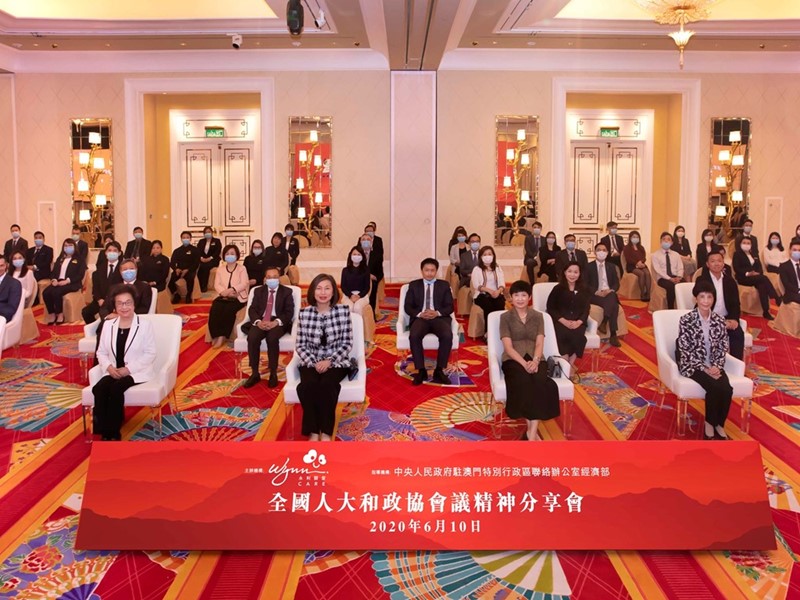 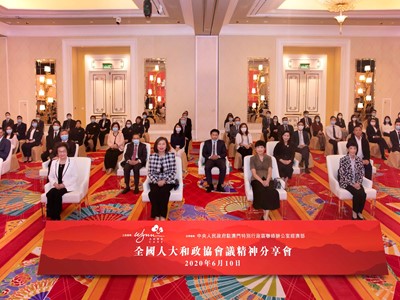 Macau, June 10, 2020 – Wynn today hosted a sharing session on National People's Congress (NPC) and Chinese People's Political Consultative Conference (CPPCC) at Wynn Palace. At the event, Ms. Ho Sut Heng, Macao Deputy to the NPC and President of the Macao Federation of Trade Unions, and Ms. Ho Teng Iat, Member of the CPPCC and President of the Women's General Association of Macao, gave an overview of the spirit and purpose of the NPC and CPPCC to Wynn team members. In addition, Mr. Ho King Lun, Macao Deputy to the NPC and President of the Industry and Commerce Association of Macao, and Mr. Ho Ion Sang, Member of the CPPCC and Vice President of the General Union of Neighborhood Association of Macao were also invited to lead in-depth discussions on policies related to the country's social development, economy and people's livelihoods, as well as assistance provided to SMEs.
The sharing session was attended by Ms. Zhang Jian Hua, Deputy Director-General of Economic Affairs Department of the Liaison Office of the Central People's Government in the Macao SAR, who provided guidance. Ms. Linda Chen, Vice Chairman and Executive Director of Wynn Macau, Limited led the management team members in joining the event. Hosted by four guest speakers who are each deputies to the NPC or members of the CPPCC, the event provided an overview of the spirit of the Congress and the Conference, and the direction of national policy. Wynn hopes that the session enabled the team to build a deeper understanding of the country's future development trajectory, post-pandemic plans and the next stage of the economy recovery. These include the development opportunities brought by the Greater Bay Area, the integration of the country's development plan, as well as fully supporting on the moderate and diversified development of Macau's economy.
The sharing session on the spirit of the NPC and CPPCC garnered a positive response from various departments. A total of 120 team members attended, including senior management, administrative executives, and frontline employees, who have developed a deeper understanding of the outcomes of the Congress and the Conference, as well as its significance to Macau's development. It also demonstrated Wynn's commitment to spreading a sense of care to all corners of the community, uniting forces from different sectors to build a harmonious community and country.