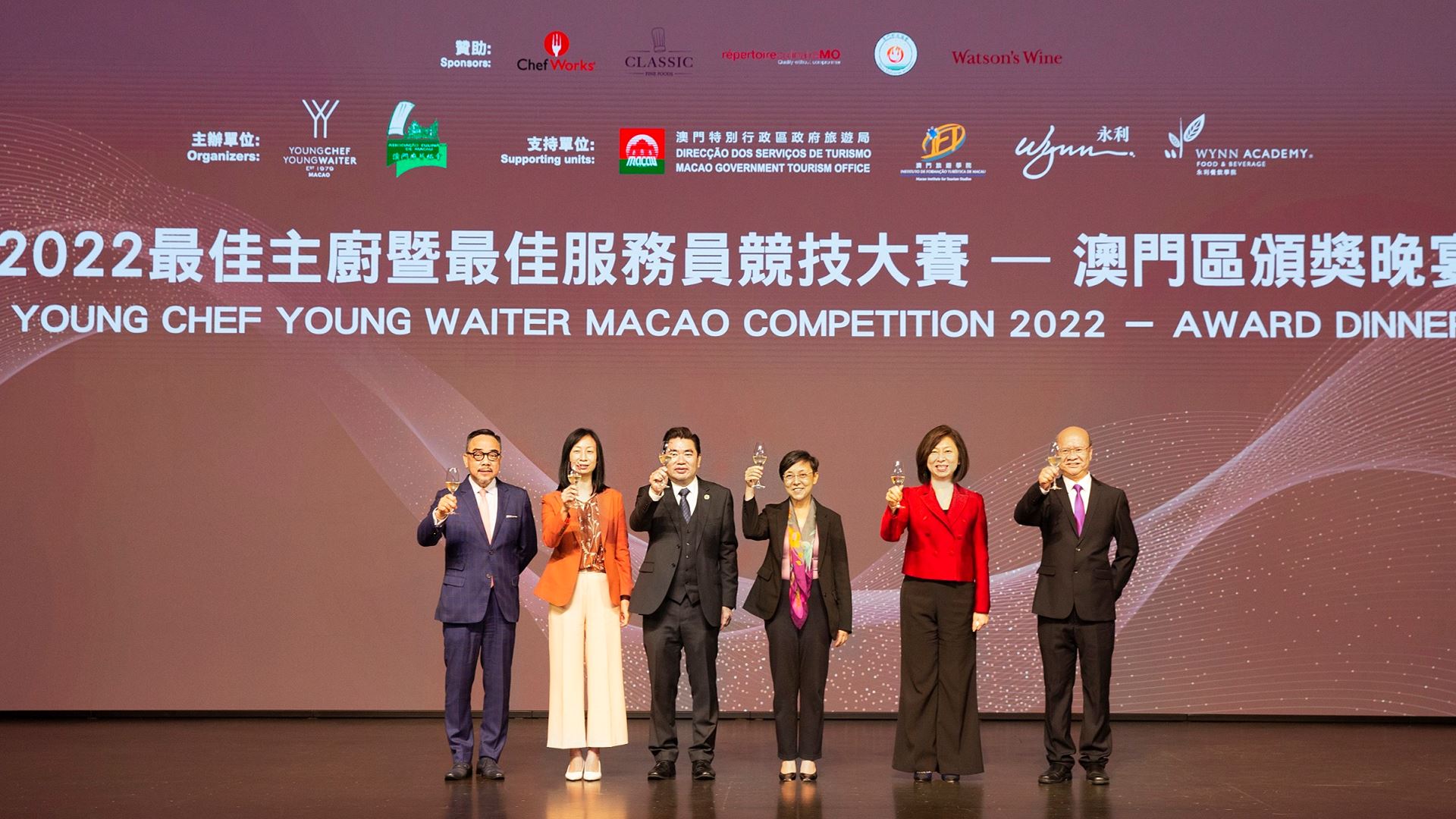 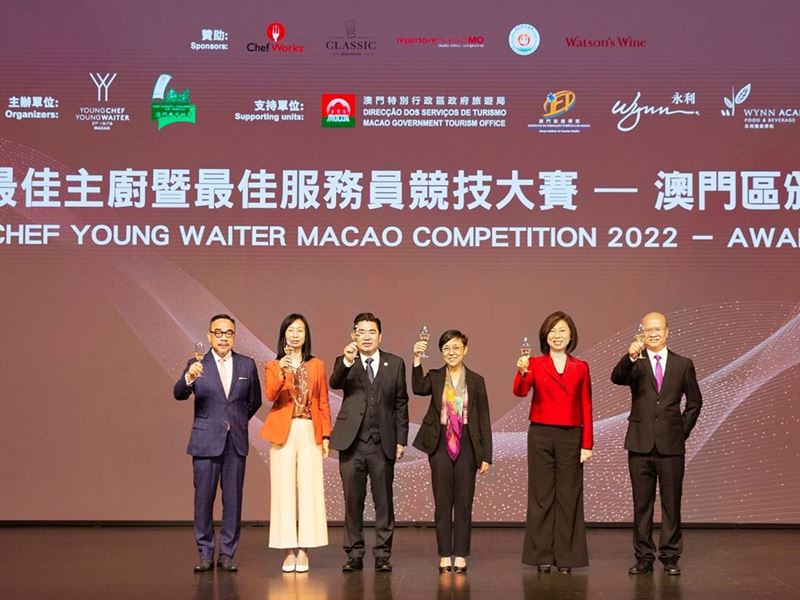 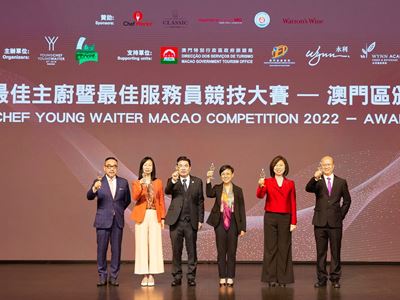 Awarded with two championships, one first runner-up and one second runner-up

Macau, October 19, 2022 – The final of the inaugural Young Chef Young Waiter Macao Competition was successfully held at SW Steakhouse on October 18 and the award ceremony also took place on the same day at Wynn Palace's Grand Theatre Ballroom. The competition was organized by Macau Culinary Association, supported by the Macau Government Tourism Office (MGTO), Macao Institute for Tourism Studies (IFTM) and Wynn. After several professional assessments among the eight chef and waiter finalists, Wynn team members won the championship and the first runner-up in the Young Chef competition; and the championship and second runner-up in the Young Waiter competition, achieving the best results among Macau entrants. The two champions will represent Macau to compete at the World Young Chef Young Waiter final in Monaco next month.

The Young Chef Young Waiter Macao Competition kicked off in June, aiming to enhance the culinary skills, professional catering knowledge and international competitiveness of young catering personnel in Macau. This will contribute to Macau's sustainable development as a UNESCO Creative City of Gastronomy. After going through several rounds of competition among many young entrants from the catering industry, eight finalists competed in the Macau Final in Wynn Palace. The two judging panels for the Young Chef and Young Waiter Macao Final appraised the finalists respectively on a range of criteria: appropriate application of professional skills, good use of key ingredients, overall balance of menu as well as the taste, texture and flavor of their dishes; and table setting, cutlery layout and catering service knowledge etc. Finally, William Wang, Culinary Management Trainee of Wynn Macau and Man Cheang, Commis I of Wynn Palace's SW Steakhouse Kitchen was announced as the winner and first runner-up for the Young Chef Macao Final respectively. In the Young Waiter Macao Final, Mondass Velautham, Supervisor of Wynn Palace's Pronto became the winner and Kate Lei, Supervisor of Wynn Palace's Catering and Banquet Service was named the second runner-up. The two champions will represent Macau to compete with their international counterparts from England, Cayman Islands, Ireland, Wales, the United States, Canada and India at the World Young Chef Young Waiter final in Monaco on November 15 and 16.

Wynn has always emphasized the development and nurturing of a diversity of local talent. Through the support for this event, we hope to encourage the industry elites to exchange skills, thereby raising young catering personnel's professional standards and international competitiveness. Our aim is to nurture more outstanding professionals for Macau's catering industry, steering Macau's tourism development towards diversification and sustainability.